By David A. Fahrenthold Trump holds a rally in Des Moines in January. (Charles Ommanney/The Washington Post)
Donald Trump’s charitable foundation — which has been sustained for years by donors outside the Trump family — has never obtained the certification that New York requires before charities can solicit money from the public, according to the state attorney general’s office.
Under the laws in New York, where the Donald J. Trump Foundation is based, any charity that solicits more than $25,000 a year from the public must obtain a special kind of registration beforehand. Charities as large as Trump’s must also submit to a rigorous annual audit that asks — among other things — whether the charity spent any money for the personal benefit of its officers.
If New York Attorney General Eric Schneiderman (D) finds that Trump’s foundation raised money in violation of the law, he could order the charity to stop raising money immediately. With a court’s permission, Schneiderman could also force Trump to return money that his foundation has already raised.
The Trump campaign did not respond to a request for comment Thursday.
(Washington Post)
Posted by Oscar Bartoli Links to this post

"The Secret of Joy" 's theme song is online

"The Secret of Joy" 's theme song is online, please check it out, let us know what you think, and, if possible share it on your social media.

For those of you who might not be aware, The Secret of Joy is a project conceived to raise the awareness on the topic of pediatric cancer and raise funds for Frank Kalman's Kids' Cancer Research Foundation (www.endkidscancer.org).

The short has so far won 18 awards at International Film Festivals.

Donald Trump on Not Paying Taxes: ‘That Makes Me Smart’ 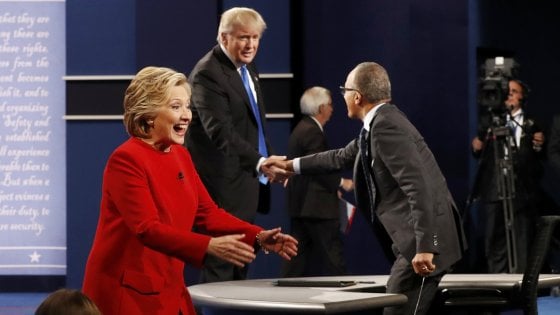