From the United States to Italy, Iran to South Korea, the coronavirus epidemic is getting worse. The virus spread to its sixth continent this week and continued to send markets whipsawing, with the Dow set for its worst single week since the financial crash of 2008. Governments have issued new rounds of travel bans: Saudi Arabia said Thursday it would temporarily suspend travel to the holiest sites in Islam, months ahead of the annual hajj pilgrimage. The number of cases in South Korea rose to 2,022 on Friday, the highest figure for a single country outside China. Japan announced the closures of all of its schools until early April. And Coca-Cola, along with other multinational companies, said outbreak-linked supply chain disruptions could lead to shortages.

“There is every indication that the world will soon enter a pandemic phase,” Australian Prime Minister Scott Morrison, whose country has confirmed at least 23 cases of coronavirus, told reporters in Canberra. The emergence of a new sort of coronavirus case in the United States, unrelated to foreign travel or contact with someone already known to be infected, suggested the virus had defied efforts to contain it. President Trump attempted to play down the scale of the threat, even as U.S. officials warned Americans to prepare for a crisis.

Europe is feeling the jitters, too. So far, the largest cluster of cases on the continent has been in northern Italy. “If the virus spreads, and it will spread, I think any local or national politician would have to take very drastic action, and that will virtually halt the economy,” Roberto Perotti, an economist at Milan’s Bocconi University, told my colleagues. “For how long, we don’t know. Can you imagine a [car] factory if there is one case in the factory? Can you imagine it not shutting down? I doubt it.”

Exploiting the political opportunity, a slate of far-right European politicians urged the enforcement of border controls even within the Schengen zone. The open-border area that encompasses much of the continent has long been the target of nativist grievances. In the past, nationalists have inveighed against rules that permit some asylum seekers to land in Greece or Italy and make their way inland over numerous national frontiers.
(TWP)
Posted by Oscar Bartoli Links to this post

Email ThisBlogThis!Share to TwitterShare to FacebookShare to Pinterest
The Local.it


Donald Trump said on Wednesday he was considering US travel restrictions on Italy and South Korea over coronavirus fears, adding the situation would not inevitably worsen in the United States.


The president's optimism about containing the pathogen contradicted a senior health official in his own administration and came as authorities said they had identified the first case of unknown origin in the United States.


As of Wednesday, there were 60 cases in the United States -- 15 detected through the public health system and 45 repatriated from abroad, either from a cruise ship off Japan or from Wuhan, the Chinese city where the first cases were identified.


'Italy is a deeper problem'


Foreign nationals traveling from China within the past two weeks are currently banned from entering the US, and Trump said more countries including Italy could be added to the list.


South Korea has almost 1,600 cases, the highest outside China, while Italy has 452 and has reported 12 deaths linked to the virus.


"Italy is, you know, a deeper problem, and we're checking people coming in very, very strongly from those and at some point we may cut that off," Trump added.

On Wednesday night the State Department raised its travel advisory caution level for South Korea to the second-highest, now urging Americans to reconsider traveling there.


Trump added that Vice President Mike Pence had been assigned to lead coordination of the government's response and would report back to him, taking over the role from Health Secretary Alex Azar.
Posted by Oscar Bartoli Links to this post But that doesn't mean marital conflicts are becoming a thing of the past. For one thing, political strife is alive and well. Perhaps inevitably, the president of the United States has extended his reach into America's bedrooms. "I call it the new Trump divorce," says Jim McLaren, a family and divorce lawyer in Columbia, South Carolina, who is past president of the American Academy of Matrimonial Lawyers. "I've had a few cases where one spouse says: 'I was married to a reasonable human being, and one day I woke up and she or he is now a Trumper. I significantly disagree with everything Trump stands for, and I can't stay married to that person.'"
Meanwhile, many millennials and some members of Generation Z — people in their 20s and 30s — are taking marriage very seriously, indeed. While the perception of these generations often skews toward tired stereotypes of woke, label-less complainers, data suggest they are evaluating their marital prospects just as soberly as their parents did — perhaps even more so. These couples are waiting longer to marry, are more selective in their choices of partners and view marriage as a confirmation of the social status they've already achieved academically and professionally.
Posted by Oscar Bartoli Links to this post

Americans should prepare for coronavirus crisis in U.S., CDC says "It's not so much a question of if this will happen any more, but rather more a question of exactly when," one official said.

By Erika Edwards
"It's not so much a question of if this will happen any more, but rather more a question of exactly when this will happen and how many people in this country will have severe illness," Dr. Nancy Messonnier, the head of Centers for Disease Control and Prevention's National Center for Immunization and Respiratory Diseases, said during a media briefing Tuesday.
Measures to contain the virus in the U.S. so far have involved restricting travel to and from China — the center of the outbreak — and isolating cases identified so far in this country.
But Messonnier said that evidence that the virus is spreading countries outside of Asia, such as Iran and Italy, has raised CDC's "level of concern and expectation that we'll see spread" in the U.S.
As of Tuesday, more than 300 cases had been reported in Italy. Iran had nearly 100 cases.
"When you start to see sustained transmission in other countries throughout the world, it's inevitable that it will come to the United States," Dr. Anthony Fauci, director of the National Institute of Allergy and Infectious Diseases, told NBC News.
Messonnier cautioned Americans to prepare for disruptions to their daily lives, including school closings, working from home and delayed elective medical procedures, as efforts to contain and control the possible spread in the U.S. may accelerate in the coming weeks.
"We should all be dusting off our pandemic preparedness plans and rehearse them very quickly," Dr. William Schaffner, an infectious disease specialist at Vanderbilt University, said. "The core concept is social distancing."
This means that business leaders, for example, should start considering who can work from home. Perhaps the time will come, experts said, to observe religious practices and ceremony at home, rather than larger community gatherings at places of worship. And families should start asking themselves how they would handle a week or two at home, without traveling for food, medicine or entertainment.
"There has to be a shift in mindset," Dr. Bruce Aylward, team leader for the WHO-China joint mission on COVID-19, said during a media briefing Tuesday. Aylward and a group of international scientists —which included members of the U.S. CDC and National Institutes of Health — spent several weeks in China learning about the country's coronavirus response.
Aylward said that hospitals can help prepare for potential coronavirus spread by focusing on resources that would count most in keeping the most vulnerable patients alive: isolated hospital beds, ventilators to help people breathe and personal protective equipment for health care workers. 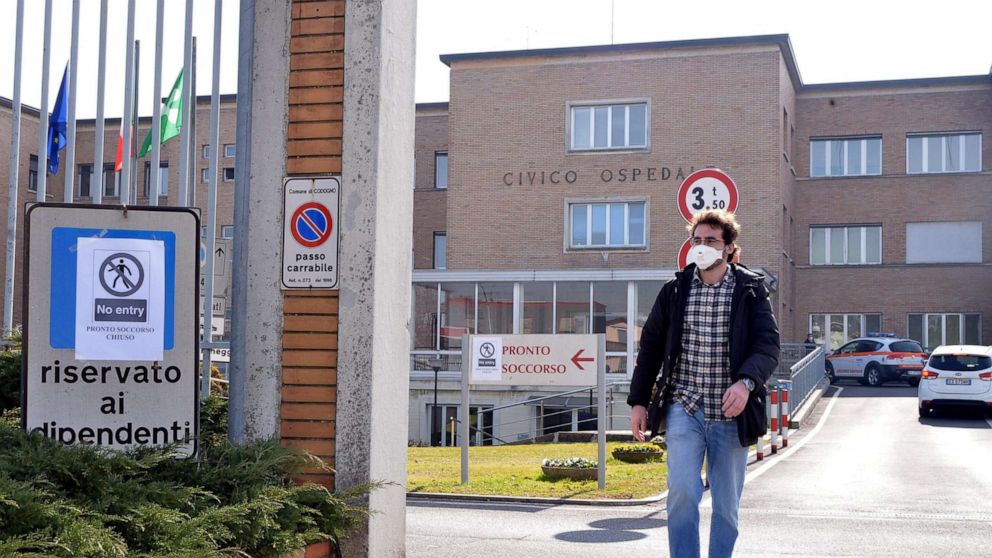 White House requesting $1.25B as part of $2.5B plan to fight coronavirus

If approved, the funds will support vaccine development and response activities. 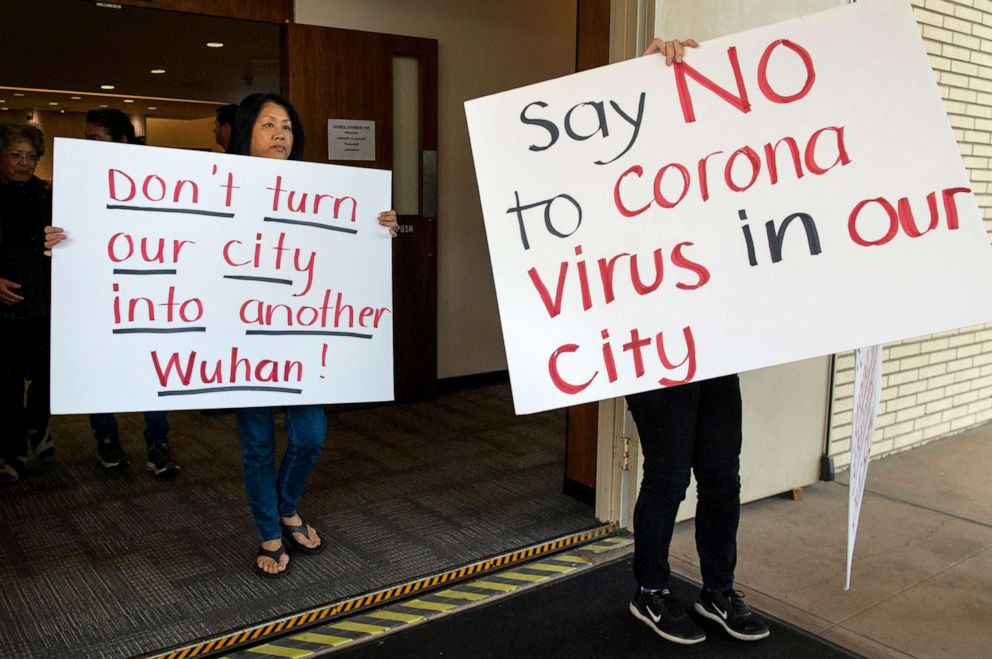 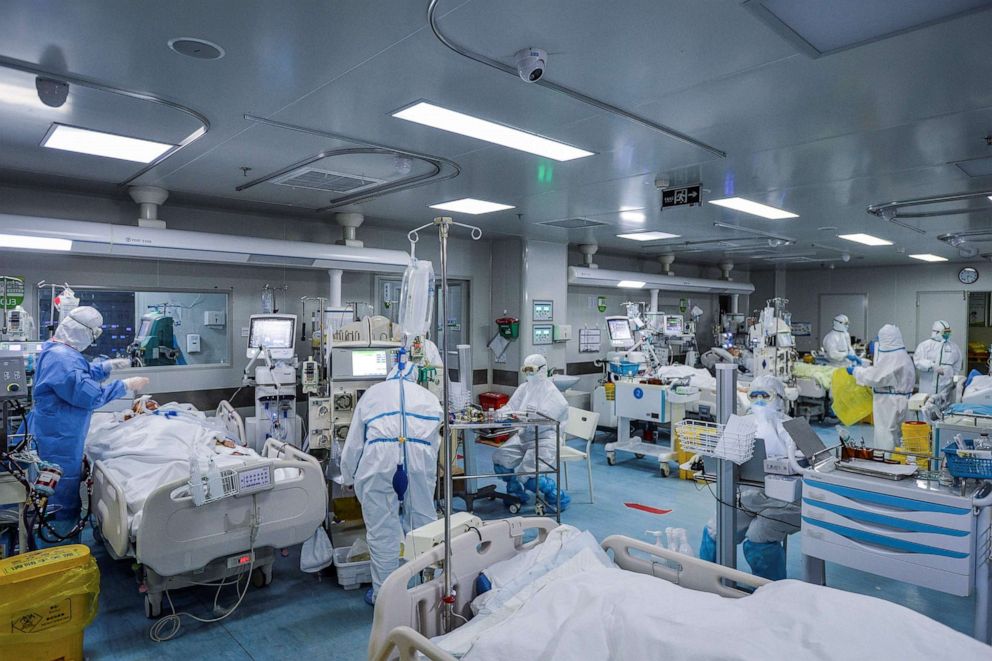 The White House is requesting $1.25 billion in emergency funding from Congress as part of a total commitment of $2.5 billion to fight the novel coronavirus, according to a congressional official.
If approved, the funds will be earmarked for accelerated vaccine development, the procurement of equipment and supplies and to support preparedness and response activities, according to the White House Office of Management and Budget.
House Speaker Nancy Pelosi called the request "long overdue and completely inadequate to the scale of this emergency." She also accused President Donald Trump of leaving "critical positions in charge of managing pandemics at the National Security Council and the Department of Homeland Security vacant."
"The president’s most recent budget called for slashing funding for the Centers for Disease Control, which is on the frontlines of this emergency. And now, he is compounding our vulnerabilities by seeking to ransack funds still needed to keep Ebola in check," Pelosi said in a statement Tuesday morning. "Our state and local governments need serious funding to be ready to respond effectively to any outbreak in the U.S. The president should not be raiding money that Congress has appropriated for other life-or-death public health priorities."
She added that lawmakers in the House of Representatives "will swiftly advance a strong, strategic funding package that fully addresses the scale and seriousness of this public health crisis.