Ahead of the vote expected on Friday afternoon on whether to call witnesses at President Donald Trump's impeachment trial, GOP Senate leaders believe they will have just enough votes to block additional testimony and documents.
For witness testimony to be approved, four Republican senators would need to vote alongside all Democrats. Republicans have a 53-seat majority in the 100-member Senate.
In another possible scenario, three GOP lawmakers vote for witnesses, making it a 50-50 tie — under which the resolution would be defeated. But Supreme Court Chief Justice John Roberts, who is presiding over the trial, could weigh in as a 101st vote, although that's not anticipated.
So far, only Susan Collins, R-Maine, has said she would to hear from witnesses. Mitt Romney, R-Utah, has said he wants to hear from John Bolton, and two of his aides confirmed to NBC News he will, as expected, vote to call witnesses. Lisa Murkowski, R-Alaska, has hinted at an interest in hearing from witnesses but said Thursday night she was still "processing" both sides' arguments.
Why it's possible impeachment could be over by FridayJan. 30, 202005:08
Lamar Alexander, R-Tennessee, had been one senator Democrats had hoped they could sway, but in a statement Thursday night he suggested that House managers had already proven their case, but the misconduct didn't rise to the level needed to remove a president.
"It was inappropriate for the president to ask a foreign leader to investigate his political opponent and to withhold United States aid to encourage that investigation," Alexander said.
"When elected officials inappropriately interfere with such investigations, it undermines the principle of equal justice under the law. But the Constitution does not give the Senate the power to remove the president from office and ban him from this year's ballot simply for actions that are inappropriate."
Other Republicans who were Democratic targets have recently said they will not be voting with the Democrats. They include Cory Gardner of Colorado, Pat Roberts of Kansas and Steve Daines of Montana. Pat Toomey of Pennsylvania told Fox News on Thursday he will not vote for witnesses, and Jerry Moran of Kansas also came out against witnesses.
Other Democrats were looking to Rob Portman of Ohio, a Trump ally but also the founder of the Senate's Ukraine Caucus and one of the lawmakers who pushed the president to release the frozen military aid to the country. If Romney, Collins and Murkowski vote for witnesses, Portman would be crucial to Democrats in breaking a tie and getting the 51 votes needed for additional testimony.
In the event of a 50-50 tie, the vote is expected to fail, Roberts is highly unlikely to weigh in.
Speaking on "Fox & Friends" on Thursday, Sen. Mike Braun, R-Ind., said a tie vote would be "tricky," adding that's "because there's a question of how much sway the presiding officer would have over that dynamic."
Braun said Roberts "could" decide to break the tie.
"And then, if 51 senators don't like the decision, you could overrule the presiding officer," he said. "So we are getting into some territory that's probably uncharted here."
Democrats have demanded that the Senate call a series of witnesses, including Trump's former national security adviser John Bolton and his acting chief of staff, Mick Mulvaney. This week, The New York Times reported that, according to a manuscript of Bolton's coming book, Bolton alleges that Trump directly linked Ukrainian aid and the investigations of Democrats he was seeking in an August conversation. Trump has denied having such a discussion.
NBC News has not seen the manuscript or verified the claim.
Should witnesses be approved, Republicans have pledged to call for testimony from people like former Vice President Joe Biden's son Hunter Biden and the whistleblower whose complaint triggered the impeachment proceedings, among others.
Every impeachment trial in history has had witness testimony. Twenty-six witnesses testified in the 2010 trial of Judge Thomas Porteous, the most recent impeachment trial, including 17 who did not testify before the House.
Posted by Oscar Bartoli Links to this post


Pasolini.zanelli@gmail.com
Posted by Oscar Bartoli Links to this post 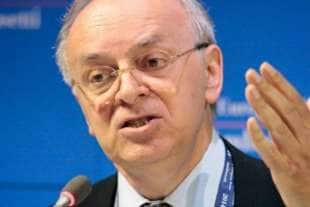 
Pasolini.zanelli@gmail.com
Posted by Oscar Bartoli Links to this post 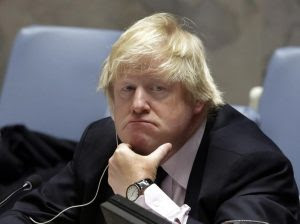 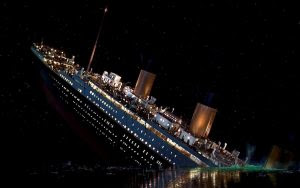 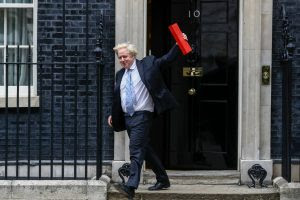 Impeachment
On its second day of opening arguments, President Trump's defense team almost completely ignored the bombshell claims made by former national security adviser John Bolton. Instead, lawyers focused on attacking Joe and Hunter Biden, as expected. And they even brought out former independent counsel Kenneth Starr, who led the investigation leading to President Bill Clinton's impeachment, to warn senators of what he called the "age of impeachment." When the defense finally did get around to mentioning Bolton's claims, Trump lawyer Alan Dershowitz claimed that not only was any quid pro quo in Trump's Ukraine dealings not an abuse of power, but abuse of power itself is a "political weapon" and not necessarily an impeachable offense. Meanwhile, moderate Republicans are still mulling the case for having witnesses at the trial, and Sen. Mitt Romney believes it's "increasingly likely" that other Republicans would now join him in calling for Bolton to testify.
Good Morning from CNN <5things cnn.com="">

SEATTLE (Reuters) - Boeing Co successfully staged the first flight of the world's largest twin-engined jetliner on Saturday in a respite from the crisis over its smallest model, the grounded 737 X.

The 777X, a larger version of the 777 mini-jumbo, touched down at the historic Boeing Field outside Seattle at 2 pm (2200 GMT) after a debut which began almost four hours earlier at Boeing's revamped wide-body assembly lines north of the city.

The decision to take advantage of a gap in clouds to start the months of testing needed before the jet can carry passengers came after two attempts had to be postponed due to high winds.

"It's a proud day for us," said the chief executive of Boeing's commercial airplane unit, Stan Deal.

As the 252-foot-long aircraft - the longest commercial jet by a whisker - drew to a halt before waiting VIPs, rows of undelivered 737 MAX stood idle nearby in a reminder of the crisis that has engulfed Boeing since it was grounded last year.

"It made all of our employees proud one more time of who we are and what we get to do, by flying a brand new airplane that is going to change the world one more time," Deal said.

The aircraft is the larger of two versions planned by Boeing and will officially be called 777-9, but is better known under its development codename, 777X.

Hallmarks include folding wingtips - designed to allow its carbon wings to fit the same parking bays as earlier models - and the world's largest commercial engines from General Electric, wide enough to swallow a 737 MAX fuselage.

While eyeing hundreds of sales this decade, Boeing's new 406-seater must overcome hurdles from regulators and buyers.

The 777X will be the first major aircraft to be certified since the role of software flaws in two fatal 737 MAX crashes prompted accusations of cosy relations between Boeing and the Federal Aviation Administration and heralded tougher scrutiny.

The FAA has pledged to ensure the 777X review is conducted rigorously, while launch customer Emirates wants the plane to be put through "hell on Earth" during testing to ensure it is safe and meets performance expectations.

"We are going to follow the normal processes we always follow and work with the FAA and they are going to work hand-in-hand with us," Craig Bomben told reporters.

"We took the time to get the airplane ready for flight test so I think we are going to march through flight tests successfully and quickly and get it certified to the FAA standards."

The 777X is expected to enter service in 2021, a year later than originally scheduled because of development snags.

It will compete with the Airbus A350-1000 which seats about 360 passengers. Big twinjets are steadily displacing the older four-engined Boeing 747 and soon-to-be-axed Airbus A380.

Yet experts cite worries about wide-body demand due to overcapacity and economic weakness. Airlines canceled more than twice as many big jets as they ordered last year, according to Rob Morris, consultancy chief at UK-based Ascend by Cirium.

While Boeing says it has sold 309 777X - worth $442 million each at list prices – many in the industry have questioned its dependence on Middle East carriers who are scaling back orders.

"Longer-term, they'll need more than those guys for that airplane. They'll need the big network carriers to find routes that it works on," said Aengus Kelly, chief executive of leasing giant AerCap. 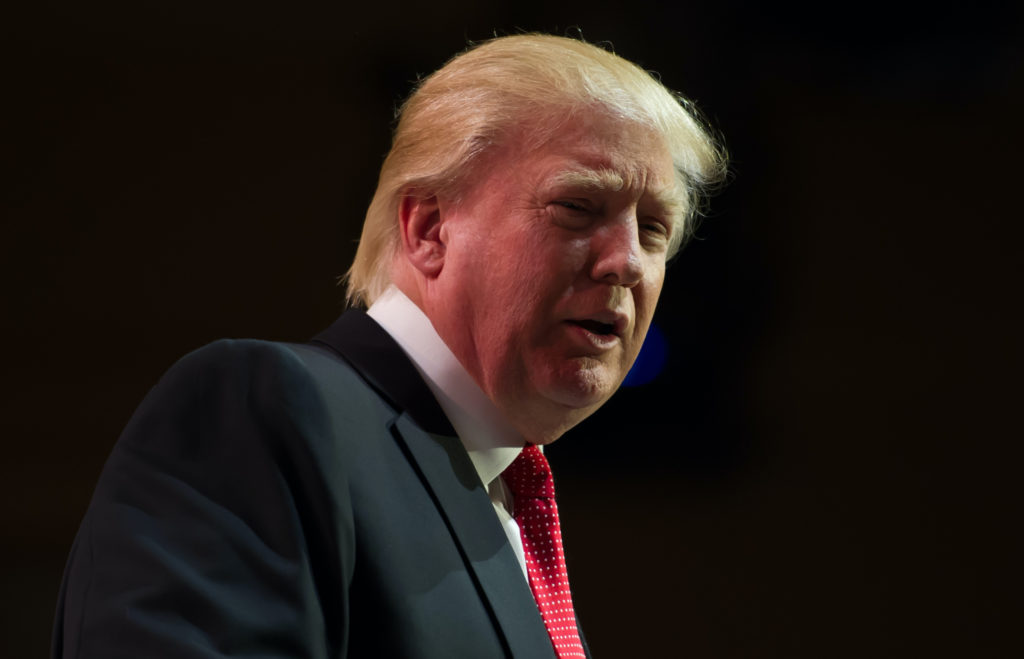 Republican Senators will have to decide whether they want to alienate voters by not calling witnesses in the impeachment trial, or whether they want to alienate Donald Trump by calling witnesses. It’s up to them, and they’ll have to live with whatever negative impact it has on their own reelection chances. And we already know the Republicans are all going to vote to acquit Trump in the end. All that said, Trump just lost.
Going into this Senate impeachment trial, there were clear parameters for what would represent a win or loss for Donald Trump. His current approval rating, at roughly 40%, gives him no chance in the 2020 election. The only way he could “win” this trial would be if he came out of it with a significantly higher approval rating, which would put him in contention for 2020. If Trump’s approval rating remains the same or goes down as a result of this trial, he loses – even if he is acquitted.
Because Trump insisted on hiring disgraced low-rent defense attorneys who are merely going to spew conspiracy nonsense aimed at pleasing Trump’s base, there was never any chance that the defense portion of the trial would boost Trump’s approval rating. His only shot at “winning” this trial was if the House Democrats presenting the case ended up doing a poor job in the eyes of those Americans watching at home, or if the Democrats handed Trump something he could use in the court of public opinion.
But as it’s turned out, Adam Schiff and the House managers finished presenting their case tonight, and they’ve gotten rave reviews from most of the public. Trump’s base is whining, but they don’t matter, because their votes are locked in for Trump anyway, and there aren’t nearly enough of them to elect Trump on their own. It’s the people in the middle who matter, the ones who didn’t follow the Ukraine scandal or impeachment saga until it landed in their laps this week on their favorite TV channel. What they saw was an overwhelmingly compelling case for Donald Trump’s guilt.
The window for this trial to boost Donald Trump’s approval rating has now closed. It’s now a given that his approval rating won’t rise as a result of the trial. This means Trump just lost. It’s not clear if he understands this. But he definitely just lost the trial. 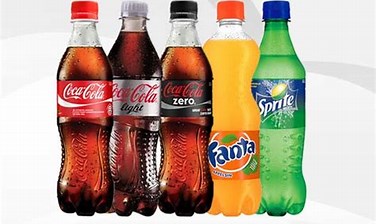