Arizona’s voting outrage is a warning to the nation

It’s bad enough that an outrage was perpetrated last week against the voters of Maricopa County, Ariz. It would be far worse if we ignore the warning that the disenfranchisement of thousands of its citizens offers our nation. In November, one of the most contentious campaigns in our history could end in a catastrophe for our democracy.
A major culprit would be the U.S. Supreme Court, and specifically the conservative majority that gutted the Voting Rights Act in 2013.
The facts of what happened in Arizona’s presidential primary are gradually penetrating the nation’s consciousness. In a move rationalized as an attempt to save money, officials of Maricopa County, the state’s most populous, cut the number of polling places by 70 percent, from 200 in the last presidential election to 60 this time around.
Maricopa includes Phoenix, the state’s largest city, which happens to have a non-white majority and is a Democratic island in an otherwise Republican county.
What did the cutbacks mean? As the Arizona Republic reported, the county’s move left one polling place for every 21,000 voters — compared with one polling place for every 2,500 voters in the rest of the state.Lengthy lines plague Arizona polling stations  Some Arizona voters waited in line for up to four hours to cast their ballots on March 22. Many took to social media to document their experiences in line, even after the winners were projected. (Jenny Starrs/The Washington Post)
The results, entirely predictable, were endless lines akin to those that await the release of new iPhones. It’s an analogy worth thinking about, as there is no right to own an iPhone but there is a right to vote. Many people had to wait hours to cast a ballot, and some polling stations had to stay open long after the scheduled 7 p.m. closing time to accommodate those who had been waiting — and waiting. The Republic told the story of Aracely Calderon, a 56-year-old immigrant from Guatemala who waited five hours to cast her ballot. There were many voters like her.

Phoenix Mayor Greg Stanton, whose government does not control election management, is furious about what was visited upon his city’s residents. The day after the primary, he wrote U.S. Attorney General Loretta E. Lynch asking her to open a Justice Department investigation into the fiasco. It was not just that there weren’t enough polling places, Stanton charged. Their allocation also was “far more favorable in predominantly Anglo communities.” There were fewer voting locations in “parts of the county with higher minority populations.”
In a telephone interview, Stanton made the essential point. Long lines are bad for everyone. But they particularly hurt the least advantaged, who usually have less flexibility in their schedules than more affluent people do. It is often quite literally true that poor voters can’t afford to wait.
“If you’re a single mother with two kids, you’re not going to wait for hours, you’re going to leave that line,” Stanton said. As a result, Stanton said, “tens of thousands of people were deprived of the right to vote.”
A Democrat, Stanton asked himself the obvious question: “Am I suggesting this was the intent of the people who run elections in Maricopa County?” His answer: “In voting rights terms, it doesn’t matter.” What matters, he said, is whether changes in practice “had a disparate impact on minority communities,” which they clearly did.
And there’s the rub. Before the Supreme Court undermined Voting Rights Act enforcement, radical changes in voting practices such as Maricopa’s drastic cut in the number of polling places would have been required to be cleared with the Justice Department because Arizona was one of the states the law covered. This time, county officials could blunder — let’s assume, for the sake of argument, that there was no discriminatory intent — without any supervision.

Now let’s look ahead to Election Day this fall. Michael Waldman, president of the Brennan Center for Justice, notes in his important new book, “The Fight to Vote,” that Republicans have “moved with strategic ferocity” to pass a variety of laws around the country to make it harder for people to cast ballots. The Brennan Center reports that 16 states “will have new voting restrictions in place for the first time in a presidential election.”
Imagine voting debacles like Arizona’s happening all across the country. Consider what the news reports would be like on the night of Nov. 8, 2016. Are we not divided enough already? Can we risk holding an election whose outcome would be rendered illegitimate in the eyes of a very large number of Americans who might be robbed of their franchise?
This is not idle fantasy. Arizona has shown us what could happen. We have seven months to prevent
Posted by Oscar Bartoli Links to this post 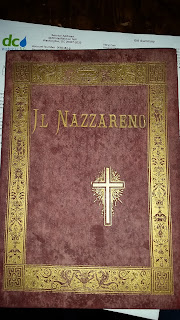 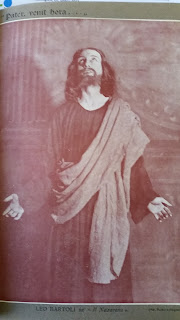 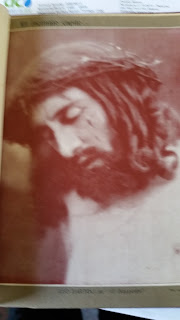 
Updated | Republican presidential front-runner Donald Trump said on Friday he had "no idea whether or not" a story published earlier in the day in the National Enquirer accusing fellow Republican presidential hopeful Ted Cruz of having five extramarital affairs is true and said he "had absolutely nothing to do with it."
Earlier on Friday, Cruz blamed Trump "and his henchmen" for the salacious tabloid story and hinted he may refuse to support him if he becomes the Republican presidential nominee.
"I want to be crystal clear: these attacks are garbage," Cruz wrote in a Facebook post. "For Donald J. Trump to enlist his friends at the National Enquirer and his political henchmen to do his bidding shows you that there is no low [to which] Donald won't go."
Cruz called the story "completely false" and said it was offensive to him, his wife, Heidi, and their two daughters. "Donald Trump's consistently disgraceful behavior is beneath the office we are seeking," he added.
In a first for Cruz, he hinted that the Enquirer story may be the straw that broke the camel's back in terms of his relations with Trump. "I will say this: I do not make a habit out of supporting people who attack my wife and attack my family," the senator said in an interview with NBC's Vaughn Hillyard. Cruz has faced pressure to support Trump if the New York mogul becomes the Republican nominee.
The war of words between two leading Republican presidential candidates has mounted in recent days. On Tuesday, Trump threatened to "spill the beans" about Cruz's wife after a super PAC unaffiliated with the senator circulated an ad featuring Trump's wife, Melania, in a state of undress. Cruz quickly shot back, calling Trump "#classless." Trump responded by tweeting side-by-side photos of Heidi Cruz, in an awkward pose, and a glamour shot of Melania Trump, and implied that Trump's wife was the more attractive of the two.
Trump and National Enquirer CEO David Pecker are friends, according to New York magazine's Gabriel Sherman, who says this is not the first time the Trump campaign has planted a negative story about a fellow Republican presidential hopeful in the Enquirer. According to Sherman, Trump was responsible for an October cover story accusing surgeon and former GOP hopeful Ben Carson of medical malpractice. Specifically, the story accused Carson of having left a sponge in a patient's skull during brain surgery. There is no evidence that such a thing ever happened, and the Trump campaign denies it was responsible for the story.
While the Enquirer is a tabloid that frequently publishes falsehoods, it isn't always wrong. In 2007, the paper published a story accusing John Edwards, then a likely contender for the Democratic presidential nomination, of fathering a love child with a staffer. The claim turned out to be true, and Edwards's career in politics was soon over.
Trump reminded voters on Friday of the Edwards story. "Ted Cruz's problem with the National Enquirer is his and his alone, and while they were right about O.J. Simpson, John Edwards, and many others, I certainly hope they are not right about Lyin' Ted Cruz," he wrote on Facebook.
Correction: This story has been updated to correct the spelling of David Pecker's
Posted by Oscar Bartoli Links to this post