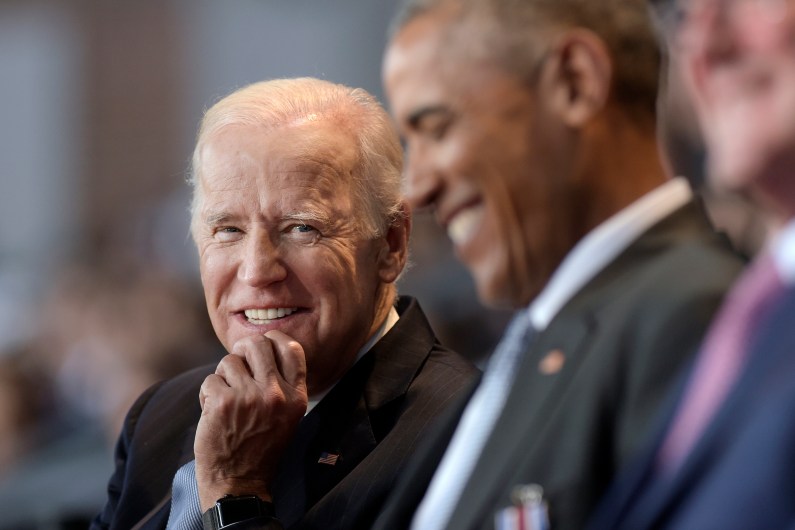 Let me start by saying the obvious – these aren’t normal times. As we all manage our way through a pandemic unlike anything we’ve seen in a century, Michelle and I hope that you and your families are safe and well.

Over the past weeks, we’ve seen plenty of examples of the kind of courage, kindness, and selflessness that we’re going to need to get through one of the most difficult times in our history. We have been amazed at the incredible bravery of our medical professionals who are putting their lives on the line to save others. The public servants and health officials battling this disease. The workers taking risks every day to keep our economy running. And everyone who’s making their own sacrifice at home with their families, all for the greater good.

But if there’s one thing we’ve learned as a country from moments of great crisis, it’s that the spirit of looking out for one another can’t be restricted to our homes, or our workplaces, or our neighborhoods, or our houses of worship. It also has to be reflected in our national government. The kind of leadership that’s guided by knowledge and experience; honesty and humility; empathy and grace – that kind of leadership doesn’t just belong in our state capitols and mayors' offices. It belongs in the White House.

And that’s why I’m so proud to endorse Joe Biden for President of the United States.

Choosing Joe to be my Vice President was one of the best decisions I ever made, and he became a close friend. And I believe Joe has all the qualities we need in a President right now.

He’s someone whose own life has taught him how to persevere; how to bounce back when you’ve been knocked down.

When Joe talks with parents who’ve lost their jobs, we hear the son of a man who once knew the pain of having to tell his children that he’d lost his.

When Joe talks about opportunity for our kids, we hear the young father who took the train home each night so he could tuck his children into bed – and we hear the influence of Jill, a life-long teacher.

When Joe talks to families who’ve lost a hero, we hear another parent of an American veteran; a kindred spirit; somebody whose faith has endured the hardest loss there is.

That’s Joe. Through all his trials, he’s never once forgotten the values or the moral fiber that his parents passed on to him, and that made him who he is. That’s what steels his faith – in God, in America, and in all of us.

That steel made him an incredible partner when I needed one the most.